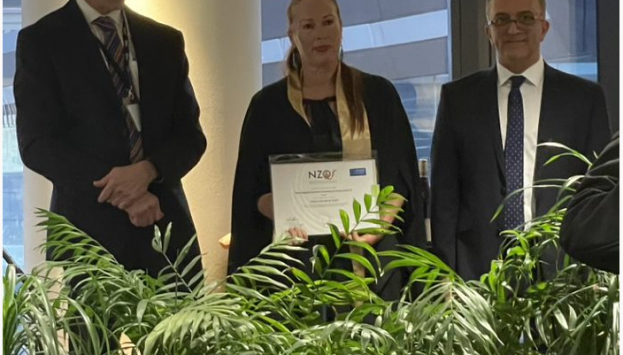 Congratulations to our graduates!

Earlier this month, Auckland Council hosted a Graduation Dinner to celebrate 37 graduates, including a number from Future Skills, who had completed the NZ Diploma in Building Surveying (In-employment).

The event was attended by our Chief Executive Sam Alavi, Academic Manager for Regulatory Compliance Alex Ewing, and our seasoned lecturer Peter Sparrow.

Sam was also a guest speaker at the event. He said it gave him great pleasure to attend this graduation ceremony on behalf of Otago Polytechnic and Future Skills Academy.

Future Skills developed the programme for the NZ Diploma in Building Surveying in tandem with Otago Polytechnic and the Building Officials Institute of New Zealand.

In his speech, Sam acknowledged the many challenges of study and work that graduates went through as they were working toward achieving this qualification.

“You are graduating in a world not only changed by Covid but also by the Canterbury 2010 and 2011 and Kaikoura 2016 earthquakes, the Grenfell Tower fire of 2016 and the Tauranga Bella Vista failure in 2018.”

Weather tightness remained a problem not yet fully resolved, he said.

“Having an educated professional workforce is an essential component to ensure the safety and health of building throughout the country.”

He also acknowledged the constant hard work and efforts put in by the Building Officials Institute of New Zealand Board of Directors, in particular Ian McCormick, Peter Laurenson, Jeff Fahrensohn of Auckland Council and the many other building officials who made this qualification a reality.

In his speech, Sam reminded graduates of the great responsibility that they had towards the wider community and public at large to make buildings safe and healthy and also to reduce liabilities and litigation against local authorities.

He ended the speech by praising the graduate for the hard work they put in and also acknowledging their families for supporting them in their learning journey.